Ukraine is growing. Come see why. 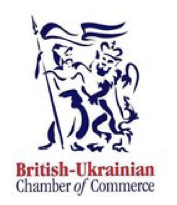 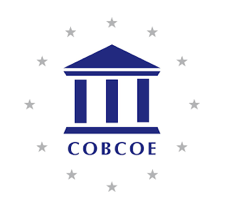 Ukraine is a world leader in Agriculture (with 40 per cent. of the world’s best soil – “chornozem” – the
famous black earth), IT Outsourcing and Manufacturing (including missiles for satellite launches). Its
economy is growing as it integrates into Europe and reaches global markets.

The British Ukrainian Chamber of Commerce (BUCC), with the Council of British Chambers of Commerce in
Europe (COBCOE), is holding Ukrainian Week in London on October 8 -14, 2018, together with the Atlantic
Council (U.S.), the National Investment Council of Ukraine, the Royal United Services Institute (RUSI)
and other leading U.K. and Ukrainian institutions.

Ukrainian Week’s lead sponsors are the industrialist Yuriy Kosyuk, the founder of MHP, Ukraine’s largest
agro-industrial group, and SoftServe, Ukraine’s largest IT software developer. It involves the
participation of leading U.K. and Ukrainian government officials and business leaders, and is designed
for British and Ukrainian businesses to explore opportunities for partnership and development.

October 8 at RUSI: International Relations, including on Ukraine’s improved security, organized with the
Atlantic Council and RUSI.

October 9 organized by the Financial Times at the Savoy Hotel; Ukraine’s Economy, Bilateral Trade,
Agriculture, Tourism and Regional Development, with a Ukrainian Government-led Trade Mission to the
U.K., and parallel sessions on Law, Accounting and Doing Business in Ukraine.

October 11 at the EBRD: IT and Innovation.

Plus receptions and dinners with Ukrainian government officials. Ukrainian Week will be the largest event
ever held on Ukraine anywhere to present the revitalized Ukraine and its expanding economy.

The Post-Brexit Benefit for the U.K. from Trading with Ukraine:

Ukrainian Week on October 9 also covers how after Brexit, as one of the world’s largest net importers of
food, the U.K. can significantly benefit from a new trade treaty with Ukraine, the world’s second
largest net grain exporter (wheat, corn and barley), by lower U.K. food costs and cheaper high quality
feed for the U.K. meat and dairy farmers that are 2/3rds of U.K. agriculture, improving the U.K.’s
balance of payments.

If you are interested in attending one or more sessions of Ukrainian Week in London, please fill in the form below and press Register.

You can download the registration form, print and fill it in and send the scan to the email below.

The event is fully sponsored – attendance is by invitation only and places are limited.
If you have any questions or comments (or if you do not hear from us soon after application), please contact us at: